The Legacy's Lure, Recovery and Revelation

My apologies for the delay in posts. There are many notes, photos and outlines of the upcoming adventures so more is soon to come, life simply got in the way. If it's been a while, feel free to revisit Jade Regent: What Came Before or Fires Over Brinestump: The Rusty Dragon Inn for information on our heroes and to get caught up on the action.

Our heroes return to Sandpoint to rest and recover after their confrontation with the skeletal samurai and the undead survivors of the Kaijitsu Blossom. 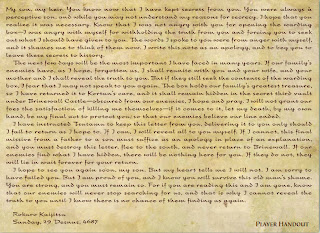 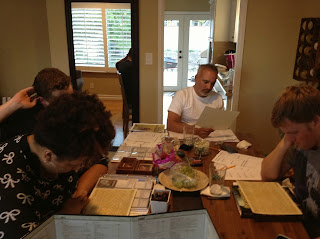 After a long conversation, it is decided that Ameiko and Keiko (Locke) must discover what happened to their grandfather. The group decides to investigate the second shipwreck noted on the goblin map, while Sandru, Koya and Shelalu gather supplies for the caravan trip to Brinewall.

The party, along with Ameiko, returns to the swamp to investigate the wreck of the Kaijitsu Blossom.  Locke and Ameiko find and remove the ship's nameplate, triggering the skeletal remains of the ship's passengers to attack. Ameiko is horrified when she sees Locke transform into her enlarged, mutagen form for the first time. 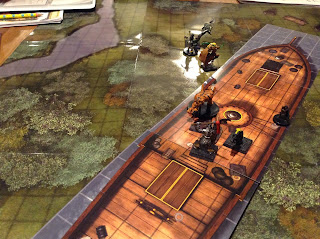 Paz names one of the more daredevil celestial wolves "Jumper" for his tendency to appear on the tallest nearby object and pounce on opponents.

Antax, whose body has been subtly transformed by his week-long meditation on fear, destroys multiple skeletons while protecting Ameiko. The combat gives him far more confidence in his ability to control his mind.

Ameiko doesn't speak on the way back to Sandpoint and retreats to her room as soon as they get to the Rusty Dragon. Her fear and confusion is a beacon for Antax's empathic abilities and he follows her to her room. They have a long talk, ending with Antax confronting Ameiko about her reaction:

"Judging Locke by her form is the same as others judging me for mine. You have never done that to me. Don't do it to her."