Prologue: We Be Goblins, Part I

As I mentioned in a recent Behind the Screen, the reasons I chose to run the We Be Goblins prologue for Jade Regent were:
The game worked out better than I could possibly have imagined. Absolutely hilarious. I haven't laughed that hard at a game in years. Here are a few highlights. 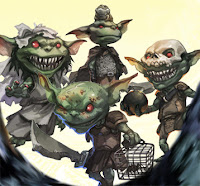 Before going on their quest, Chief Gutwad holds a party where the PCs attempt a series of goblin dares. 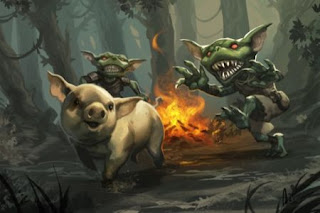 Highlights: Over the River and Through the Woods

The giant spider Lotslegs-Eats-Goblin-Babies-Much ambushes the group near the river. 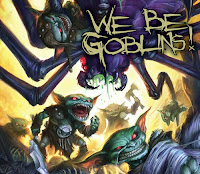 Chuffy and Reeta jump the fence surrounding the landlocked ship, with Poog and Mogmurch "trapped" outside when the wild horse Stomp comes around the corner. 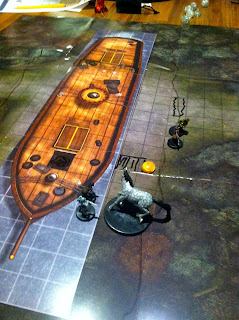