For a behind the scenes look at the maps, miniatures and other props used in this adventure, check out Behind the Screen: The Rusty Dragon Inn.

At the time of the first game most of the characters are acquaintances, having grown up in Sandpoint with mutual friends (see What Came Before for details). Antax is the only PC new to town. As the opening scene unfolds:


Conflict at The Rusty Dragon

Apprentice blacksmith Harold Olver, his friend Liam, and Liam's younger brothers are eating and drinking in the Rusty Dragon's dining room when Antax slithers by to serve Locke.
Harold Olver wrinkles his nose. "Do you smell something? Smells like dead fish."
Liam Cooper and his two younger brothers laugh into their ale.
"Yeah. What is that?" Liam asks. "Is it this nasty soup?"
Harold sniffs the air, then his gaze falls on Antax. "No, it ain't the soup. Hear that, Anthrax? Liam thinks your soup's nasty."
"I am ssorry," Antax says. "Would you like ssomething elsse?"
"Want nothing from you, snakehead," Harold snaps. 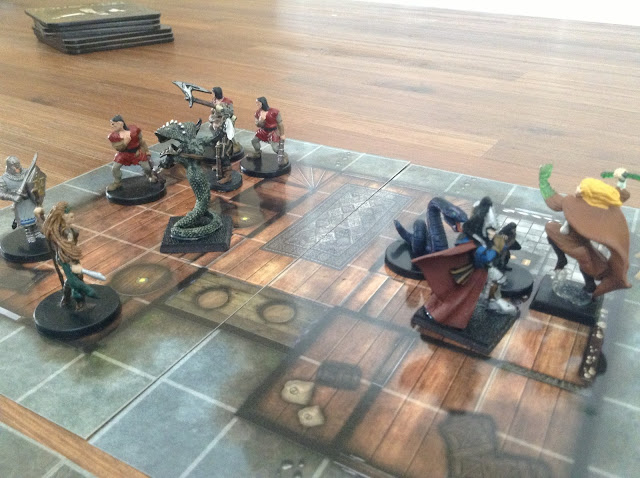 Next: Fires Over Brinestump, Beasts of the Bog